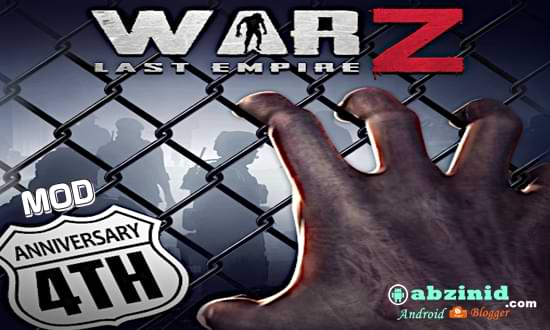 Protect your empire by shooting and battling the zombie army that wants to steal your resources in Last Empire - War Z, a strategy RPG and base building war game.

Build an army with other players from around the globe and plan an attack with your own zombie army! Develop your kingdom and befriend empire allies to combat both zombie and human enemies.

Do you have what it takes to be the strongest commander?

Build an Army with Zombie and Human Troops

Build an army of deadly Zombie Troops to destroy your enemies and defend your empire. Zombie apocalypse survivors can be recruited and upgraded with unique war skills and strategy. Strategy is everything. Varied Skill Trees allow players to enhance their heroes.

Build an army of zombie troops, battle to survive the zombie apocalypse, and defend your empire in Last Empire - War Z!

Last Empire War Z v1.0.385 - Optimization:
Added the function of the collection of Equipment types in the Equipment Warehouse so that the Commander can sort the types of Equipment that are often used.
Removed the limit on the number of Armor Transport Cars that entered the battlefield in the Polar Battle. Repair
Fixed previously detected issues

last empire apk + obb file both in one zip file, download the file then use your desired archive file manager to extract apk + obb data and get each file, install last empire apk on your device then move obb data content or the whole folder to android/obb make sue you have located this folder in its right place, com.longtech.lastwars.gp on obb folder.

run the game and enjoy...