Nowadays most of people are online surfing Internet using computers or smartphones and users on smartphone are in increasing more than users on computers or LapTops because smartphones are light in weight, available all the time in hand and in your pocket.
Surfing internet in most cases for users who really care for their privacy is frustrating.

luckily, you can trick those websites just by changing your real IP address with for example US IP or UK and get what you want.
You can use built-in vpn feature which is provided almost on every smartphones, but many people don't use it or don't know how to set it.

The easy way is to use a VPN application and there's a lot of such applications on the internet such as HTTP Injector and ehi opener which is widely used among smartphone users and also there's another version for PC too you can see this post Http Injector proxy for PC - Create Payload And File.

Also this post may interests you: How to Use HTTP Injector Without Payload and SSH Tunneling Server

Using vpn application to hide your IP address is the most popular for internet activities and many people use vpn apps and unlocking blocked web sites as some people may not be able browse some google web site due to restriction.

The most used vpn applications are Psiphon versions, and there's a lot of it out there on the Internet especially Handler vpn.
Also there are various handler vpn apps such as Ultrasurf handler vpn and Netify handler vpn and mostly all of their setting are the same.

Setting up Ultrasurf handler vpn to browse free internet anonymously is very easy you just need to follow these steps:
Handler VPNs setting is not much different from other similar vpn, all of them work with the same setting as I said earlier but differences are on their performance, connectivity and stability.

how to configure Ultrasurf Handler vpn Setting to get internet access:

After installing Ultrasurf Handler vpn app on your phone, open it:

On Proxy server: Here you'll provide your address such as www.wikipedia.org and www.facebook.com or any working one with you.
as you see in the screenshot you can use the same address if it's working with you

On real proxy type: Chose socks.
Leave other setting choices as they are and press save.
Next step chose tunnel whole device and proceeding to the next step..} 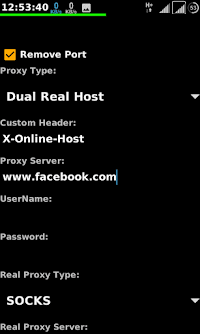 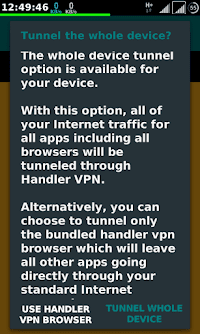 In the step which is Attention: handler vpn attempts to create vpn connection tick I trust this application and press OK and it'll connect to internet after you see a key on your notification you'll be anonymous.

The server is detected and selected automatically in ultrasurf handler vpn and Netify vpn while in the other handler vpn apps you can chose which one you want US, UK, or Canada..such as Psiphon pro lite handler vpn. 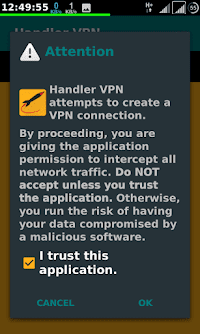 Other handler vpn that can be used for internet tunneling

There are also other handler vpn that can be used as well to hide or change your IP address such as Netify handler vpn or Psiphon pro lite handler vpn. The setting of these handler vpns are the same.

Netify Handler VPN APP also known as Ninja is widely used application for its stability,
some handler users who often use such apps to surf internet complain about handler vpn apps disconnected regularly and this really frustrating when you're on internet and you wish it to be stable, but this one doesn't have this issue.

To access Netify vpn handler setting just press on the ninja icon. Netify vpn servers is selected automatically similar to Ultrasurf handler vpn there's no option to chose with your own self.

Psiphon Pro lite handlerUI this app comes with features such as choosing whatever you want of various servers or you can let the app selects the best performing server and other features. 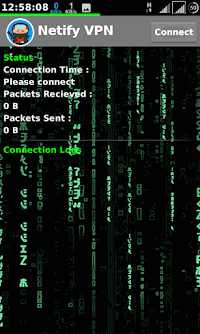 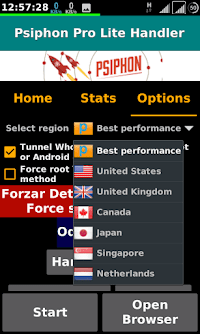 For PAdvance100.0HndlerUI download link is not available but here is Psiphon82HandlerUI apk which another Psiphon handler vpn apk version works fine with reasonable stability in connection to the internet other versions may have some issues like disconnecting unexpectedly but this hasn't this issue. 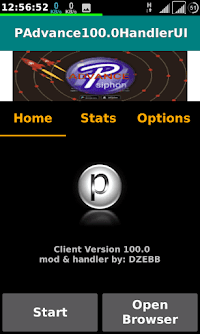